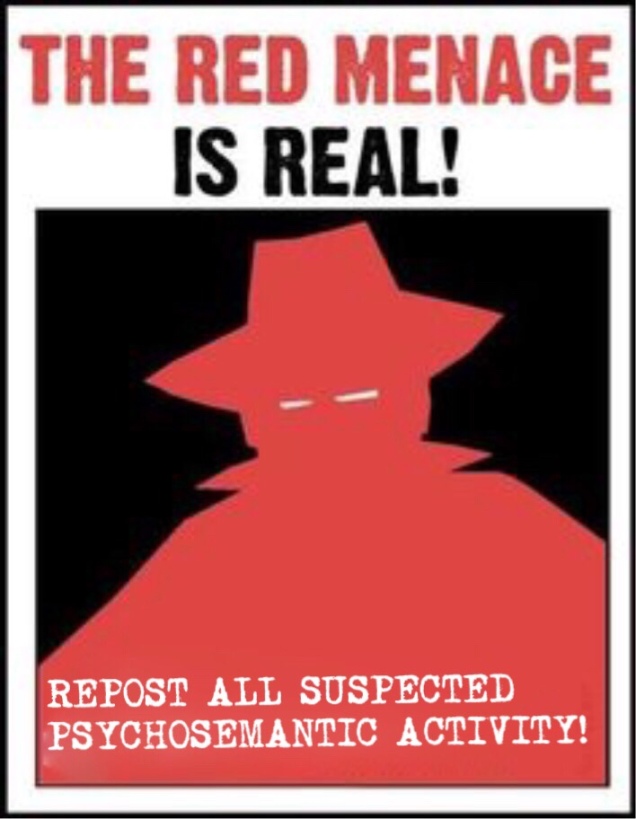 An Essay By: Big Nick

Just sits at home and rolls her spastic eyes

But every weekend through the door

Come words of wisdom from the world outside

If you want to know ’bout the bishop and the actress

If you want to know how to be a star

If you want to know ’bout the stains on the mattress

You can read it in the Sunday papers”

In the realm of mental health there is a concept called schemas: frameworks through which mental health patients and providers can explore someone’s psyche to find the root cause of their discomfort. Some examples are defectiveness/shame: the belief that the self is broken or intrinsically worthless; abandonment: the belief that the self has been left behind by someone else responsible for it; abuse: the cycle of perpetuating hateful or irresponsible treatment, seeing your trauma as justification for traumatizing others; and so on… there are 18 recognized schemas that a mental health professional can help you explore.

There’s also a punitive schema: a personality mode that causes one to”insist on perfection and demand justice” in accordance with standards that may be unrelenting or unrealistic. This mode can also cause ‘avoidance’ in the form of “isolating oneself from others to protect the ego and/or to avoid disappointment; it can also lead to ‘overcompensation’, meaning in this case to “behave like a ‘doormat'” and let others have their way with no resistance.

Consider the typical Trump supporter’s stance on Hillary Clinton: “LOCK HER UP!” This is clearly a call for punitive action: Hillary should be punished for hosting a private e-mail server for her campaign. But when it comes to Donald Trump’s staff using private e-mail servers, or blatantly lying about all sorts of things (literally every sort of thing), they avoid the topic or flat out excuse the behavior. In the eyes of a Trump support, Hillary is a bad person (shameful even) and should be punished… their strongman Trump is excusable because he’s “one of us” and “very fine people”. There are other schemas that can apply to Trump supports and even Donald Trump himself, in a very similar fashion.

But let’s consider the opposite side as well: https://drhurd.com/2018/01/31/trump-derangement-syndrome/. This article posts about the same mental health point of view, but from the position that Trump Detractors are the ones suffering mental illness. The points are a bit labored, but not invalid: in fact you can just as easily make the same claims about republican politicians and the logic holds up. You can even see clearly defensive behavior in the actions of politicians from across the spectrum as they struggle to defend their actions and increasingly have to rely on the strength of psychological distortion to bolster their fibbing.

Depression has taken hold of our nation and mental illness now rules our politics, from the men and women on Capital Hill down to your grandma and niece on Main St. This article offers one possible explanation for why this is happening. We see that education in America has been suffering (and will continue to suffer as the federal government refuses to stop cutting funding for schools.) What explanation could there be for this? It seems logical that a smart, educated population would best serve the nation, so why would our nation’s leaders seek to limit the possibilities of our nation’s students? To see a clearer picture, let’s look at another realm of mental health called Schema Modes.

Our schemas describe in broad terms how our psyche sees the world and process input, but schema modes describe how our emotions and personal agency interact with this worldview. There are 4 “children modes” which are governed by a “parent mode”. It’s easiest to visualize them:

There are several states the “Parent” can exist in: mental health providers talk about a dysfunctional parent vs. a health parent. A dysfunctional parent will allow the children to govern each other, or govern them irresponsibly and in ways that reinforce depression. For example, someone who’s not parenting their emotions may give in to drugs or masturbation as a way of satisfying their drive for happiness, which puts impulsiveness in charge of their emotions. Someone may find it satisfying to find people to argue with on the internet, which then puts anger and vulnerability in charge of their emotions. These things can be find in moderation and with intentional use, but when left in charge of our emotional state we start to lose control. Many mental health patients complain of not having control over their lives, and by exploring their schemas can find ways in which they have found ‘control’ in unhealthy ways that contribute to their depression. The goal of mental health treatment is to redevelop the ‘Parent’ mode into a healthy version that intelligently moderates these 4 children with insight and self-compassion.

Can you think of a situation in which someone might benefit from you ‘losing your control’ of your parent mode? Consider the new Star Wars movie: long time fans feel Star Wars Episode 8 is the most emotional ever released, while casual fans and non-fans find the movie not terribly satisfying. These long time fans have willingly sacrificed some of their emotional control to the Star Wars franchise, and subsequently to the Disney and Lucasfilm corporations. This appropriated control can then be used to motivate them to buy merchandise. For those not keeping track, the Star Wars films have grossed $7 Billion over the last 40 years, while the toy lines have grossed $14 Billion. That’s twice as much, and points to a large motivator for Disney to keep people emotionally dependent on an on-going stream of Star Wars content. For more on the relationship between Star Wars, religion and capitalism, I will always recommend reading ŽIŽEK’s “The Revenge of Global Finance”, which predicted the global housing market crash 2 years before it happened: http://inthesetimes.com/article/2122/

For more perspective, here is a story about the failed attempt to indoctrinate China into the Star Wars vision of capitalist-buddhism: https://www.hollywoodreporter.com/heat-vision/star-wars-china-box-office-why-disneys-jedi-mind-trick-isnt-working-china-1075177

So what does this mean for politics?  Imagine, if you will, a world where a large percent of the population gets its information from a state TV news source, where the population is kept in a state of anxiety and depression over state-engineered defectiveness (what is the meaning of a living wage? how many people do you know that make a easily “livable” wage, even in the middle class?) With this “defective parent” mode, the state news can slip in to take its place, and people can get their emotional ‘moderation’ from watching the television. The TV, or internet, or newspaper, whichever source they choose, becomes their new “parent” and tells them what to be happy about, what to be angry about, and when. Especially for an aging population, this is a welcome presence in their lives: as you become older and your mental faculties start to degrade, the desire to let someone else moderate your emotions and develop your opinions for you becomes such an appealing luxury that at some point it appears to become a perceived necessity.

Think of your grandparent who watches Fox News, an aunt or uncle who gets all of his opinions from sports talk radio, a niece or nephew who gets all of their political news from Facebook. All of these people are limiting their worldview by outsourcing their internal parentage to an external media source. All of these modes of media consumption help reinforce the systems of influence and control that propagate white supremacy and homophobia, even in realms where the focus is squarely on the opposite. Using the same means of social control designed to benefit the state or the wealthy will never benefit the working class: it will only normalize and propagate the influence of the more powerful and resource-rich who have been using the same systems to maintain the status quo for generations.

The only way to fight this is to develop two separate but interconnected skills: emotional literacy, and media literacy. You can learn more about these by visiting the following websites: http://medialiteracyproject.org/learn/media-literacy/; https://www.specialeducationalneeds.co.uk/emotional-literacy.html. Both of these skills will give you the power to develop your parent mode: to critically evaluate your own emotions and thoughts, and the emotional messages in the media you consume. Learn to differentiate between entertainment and facts, take agency in how you process information and interact with the world, and avoid the influence of media meant to destroy your self-worth and self-advocacy. Stay strong and keep resisting.

Sunday papers, don’t get no lies

Sunday papers, ain’t got no eyes”